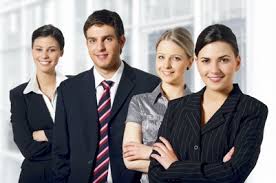 Millennials have built new businesses out of the ruins of a recession, and in doing so, they’ve changed the career expectations for a whole generation.

Independent, business-owning millennials have sidestepped traditional career paths and have become a significant force in the small-business milieu. In spite of the recession-wounded economy and striking levels of student debt, they’re building companies and saying some potentially surprising things about the process.

In a recent survey from Manta, an online community dedicated to small business, 76 percent of the millennial entrepreneurs polled in the first half of 2014 say their businesses have had a successful year so far. Many of them hired new employees, and even more plan to hire through year’s end.

Optimism, the report suggests, is on the rise.

From priorities to positive outlooks, let’s dig further into what the newest business-starters on the scene have to say about the rules of the road they’re on—and about their expectations for the journey ahead.

The data tells us that the majority of millennials aren’t crafting careers out of the traditional office jobs their Gen X and baby boomer predecessors pursued. In a recent Deloitte poll, 70 percent of millennials say they’d reject traditional business to work independently, and in a separate study, 1 in 5 say they want to quit their current jobs and start their own projects.

For those who have done so, the results are encouraging:

If they follow the path this kind of optimism seems to predict, then business leaders would do well to pay attention.

“Millennials are demonstrating they’re a new driving force,” says John Swanciger, CEO of Manta. “It’s no longer assumed that recent graduates will enter the traditional workforce. Companies will have to adjust as millennials become a bigger force in the small-business space.”

Optimism is one thing, but not every new business owner is suggesting that entrepreneurship is easy in 2014.

Almost one-third (29 percent) point to the state of the U.S. economy as the number-one barrier to creating a new, independent business. Also, not every entrepreneur is driven by a fresh outlook on opportunity, but rather by necessity.

With an average college-loan debt that’s hovering around $26,000 and a post-recession millennial unemployment rate that’s nearly double that of any other age demographic, there’s something critical about the leap to striking out on one’s own that’s packed into these facts.

So, when a recent Angus Reid survey showed that 78 percent of millennials are motivated by the concept of “charting their own course,” remember that this is a generation that perhaps had no other choice.

The fact that 76 percent of millennial business owners say they’re making a positive go of the companies they’ve started is remarkable, and for these entrepreneurs, it’s just the beginning.