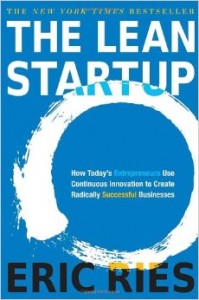 In recent years, the “Lean Startup” movement, championed by Eric Ries, has really caught on. This philosophy encourages companies to find winning ideas through efficient cycles of building, measuring and learning, which has led to the widespread adoption of popular concepts like “minimum viable products,” “data-driven decisions” and “failing fast.”

Today, many if not most start-ups, including mine (RJMetrics), now pride themselves on having “lean” behavior built into their DNA. As this generation of lean start-ups matures, however, many have faltered because of a misunderstanding or misuse of lean strategies.

While building my business, I’ve encountered three examples of this trend:

There is a common misconception that being lean means spending as little as possible. This is simply not true. Being lean means being efficient and agile, and when your “build, measure, learn” cycle teaches you how to spend a dollar to make two dollars, you should start spending dollars in a big way.

Many companies that fall into this trap do so when shifting focus from product development to customer acquisition. In our early days of customer acquisition, it always seemed safer to run another experiment than to spend money acting on what we had learned in our previous experiments. This was dangerous thinking.

At RJMetrics, we learned this lesson when we started experimenting with sales. We knew that following up with prospective customers increased the likelihood that they would make purchases, but the prospect of hiring a full-time salesperson seemed expensive and scary. Instead, we tasked my already-busy co-founder, Jake Stein, with the job so that we could spend less money and collect more data. Jake was very good at the job, but he was too busy to call every new lead. This went on for months as demand kept growing, and Jake’s time became even more scarce.

By the time we hired a full-time salesperson, it was out of overwhelming necessity rather than opportunity. The person we hired paid for himself almost instantly and started a growth surge that has led to our hiring the sales team we have today. In retrospect, however, we probably burned months of accelerated growth by being cheap instead of lean.

At RJMetrics, we obviously care a lot about data and analytics. Many business strategy issues can be settled easily when there are numbers in the mix. Lean companies, however, must understand that it will not be possible to use charts and graphs to answer every business question, especially when resources are limited. The collection and analysis of data can be costly and unreliable.

If lean businesses do not accept this, large amounts of time and energy can be squandered setting up experiments and waiting for answers. This paralysis can be harmful because it prevents companies from making strategic decisions promptly.

We fell into this trap with our email newsletters. We knew that sending news to our contacts led to more website visits and more sales leads. Rather than using that insight to justify sending out a regular newsletter, however, we dived deeper by devising tests of content, audience, timing and more. All of this research and strategizing took energy away from the newsletters themselves, creating an erratic publication schedule and an inconsistent experience for our customers.

When we finally got serious about publishing consistently, we discovered that our newsletter was already capable of generating a predictable, valuable stream of customer leads. Communicating with our audience on a regular basis was far more valuable than anything else we could do with the newsletters.

Most people employ lean strategies in a way that helps them identify what the market demands right now. There are plenty of entrepreneurs who have made it big using this approach, but sometimes the bigger winners are the ones who have a vision for what the market will demand next.

If your long-term vision relies on emerging technology or a market segment that will not mature for several years, you may find it difficult to validate your ideas using lean tactics. After all, it’s nearly impossible to “measure” market demand for a market that does not yet exist.

Part of our vision at RJMetrics was that the next generation of online retailers would hire outside services to help them make data-driven decisions. This was a very new concept at the time, and any tests or surveys I ran would have told me that only a tiny part of the e-commerce market would be interested.

During our first year in business, we were approached by a Fortune 500 company about building a custom, in-house analytics solution. It would have been an enormous contract for us, but it also would have diverted our attention from the product that we set out to build and the market we set out to change. As hard as it was, we passed on the opportunity and the money. I’ve never doubted that it was the right move.

Instead, we built a product that aligned with our long-term vision. And in that time, our market matured and the universe of potential customers exploded. This allowed us to become an important player with a mature product in an enormous market. We could never have done this through testing alone.